By enterier renovation and modern technology equipmment that satisfies most demanding viewers, cinema Balkan was re-opened in March 2008. One of the oldest halls in the city has all the modern conditions for film projections, but nevertheless, it cherishs the old spirit and values of the old Balkan.
The cinema building was built in 1870, and it was primarily a home to the hotel Bulevar. Later on, it was renamed in Opera. In the year of 1899, a film was shown in the building for the first time, and this led into more often projections. The regular cinema Grand Cinema of the Gomon Family in the hotel building, began its work in 1912. In the period between 1909 and 1911, the first Belgrade opera house found its place in the very building. The structure between Makedonska, Braće Jugović and 29. novembar St. keeps many things unrevealed. It was built as the Bulevar hotel until 1909 when it canged its name to Opera, being the first opera house in Belgrade. After World War I, the first regular cinema Opera began to work in the hotel lobby. Back in 1928, Balkan received the presentday name with the arrival of a new owner. The re-opening of the old new cinema was enabled by the co-operation of the production house Magic Line Productions, Intermedia Network, Imperial Media (from Greece), Art&PopCorn and Orange Studio. The very point of this attempt is to bring audience back to cinema and establish a new city gathering point that supports film art and other culture events. The cinema had its ceremonial opening with Darko Bajić’s film On the Beautiful Blue Danube. 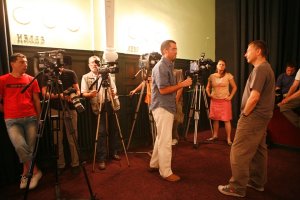 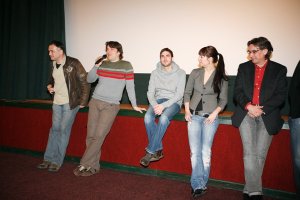